Naw, you guys don't wanna hear about my health problems and how I'm doing a little bit better, do you?

How about instead I give you a sneak peek into the Broadway Musical I'm writing? It's about an Enchanted, but Cursed Castle.


Cue Intro Music (This video has the perfect mood music, it's just how I imagined!) Read the opening narration, while it plays.


NARRATOR: Once upon a time, in a faraway land, a young prince lived in a shining castle. Although he enjoyed good health and everything else his heart desired, the prince was spoiled, selfish, and unkind. But then, one winter's night, an old, sickly woman came to the castle and offered him a single roll of toilet paper in return for shelter from the bitter cold. Repulsed by her ugliness and flatulence, the prince sneered at the gift and turned the old woman away. But she warned him not to be deceived by smells, for beauty is found within. And when he dismissed her again, the old woman's ugliness melted away to reveal a beautiful enchantress that smelled of roses. The prince tried to apologize, but it was too late, for she had seen that there was no catharsis in his heart. And as punishment, she transformed his bowels into a hideous beast and placed a powerful spell on the castle and all who lived there. Ashamed of his monstrous stomach, and putrid smell, the beast concealed himself inside his castle, with a magic mirror as his only window to the outside world. The roll she had offered was truly an enchanted roll, which would last until his 21st year. If he could learn to love another, and earn her love in return by the time the last sheet was used, then the spell would be broken. If not, he would be doomed to remain a constipated beast for all time. As the years passed, his proctitis turned to colitis, and his colitis to crohn's, and he fell into despair and lost all hope. For who could ever learn to love a beast?

Here's the lyrics to one of the completed songs:

Dedicated to Any and Every One who suffers from Crohn’s, Colitis, Proctitis, or IBS

Ha ha, yes, my friends.
The day we have waited for may be at hand!

Oh, only if that were true, Lumiere!

Yes, think of what that means!

Without causing the ladies alarm!

I'll hop into the loo

And toute suite take a poo

I can't wait to be pooping again

Little push to begin
It could, whoosh, fall right in!

Ah, cherie, won't it all be top-drawer
I'll wear lipstick and rouge
And I won't feel so huge
Why, I'll comf'ly fit in tight clothes!
I won’t keep getting caught
Everyday
On the pot
It's my thought to be pooping again

Can I help it if I'm t-t-tense?
In a shack by the seas
I'll sit back eating cheese
Let my early retirement commence
I'll forget my exlax
Have no stains on my slacks, and relax!

When I'm pooping again
So grab some pills from the drawer!
Avoid eating fried rice!
I can feel, I can tell
Something might break the spell
Any day now!

Open the cupboards and get out some Tums

Pop these down so you don’t get the runs

Scoop up the years
Of bloating and tears
And flush them away!

So I got one of those Singing Cards in the mail today (a modern Singing Telegram) from JOHN LENNON. He just wanted to let me know that he thinks I'm doing really well as Primary President, which I thought was awfully nice of him. I actually had been feeling guilty for slacking off in some areas of that responsibility, so it was nice to be reminded that I HAVE done a lot of good. I wish him Hope, Peace, and Happiness too....wherever he is. 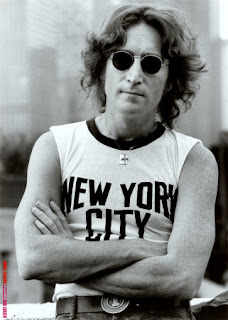 Of course, on the way out of the Post Office, we got waylaid by the Girl Scouts of America. I knew Chris wanted to get some Girl Scout Cookies, but he was on the phone, so I told the girl I wanted a box of Thin Mints (my favorite) and one of Samoas (His).

Of course, what I actually asked for was "Samoans," but she fortunately knew what I meant. Not that I would have minded a few Pacific Islanders, I've loved all the Samoans I've met in the past!

New Year's Resolution--Even Though it's March

WARNING: This will probably be the most boring post I've ever written.


Never mind, this is a lame idea for a post. I was gonna write about my decision to chew my food more, and it's probable effect on my health, but do you really wanna hear about that?

I didn't think so.


So comment and tell me what you'd rather read:

- A fairy-tale I wrote in College (Completed, needs editing)

- Another story I made up as a child (though very different from the "Cat One") (Outlined, needs writing)

- A commentary (inspired by This Site) on the romantic archetypes of fictional heros and heroines, and whether authors writing romance are observing true human nature, copying other authors who do, or if their audience is merely subconsciously acting out the stereotypes they read/watch. (Just a stew of thoughts at the moment)

- A mash of thoughts on BYU, Multiculturalism, and Politics. (Half written, but no outline)

- My guesses on the application of the Myers-Briggs Temperament Indicator to NBC's The Office. (Half done, but needs an entire re-write)
Eruption by Mary P at 12:18 PM 8 comments: 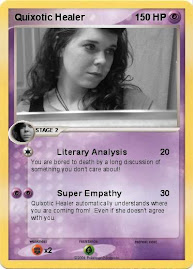 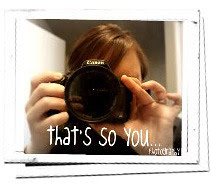